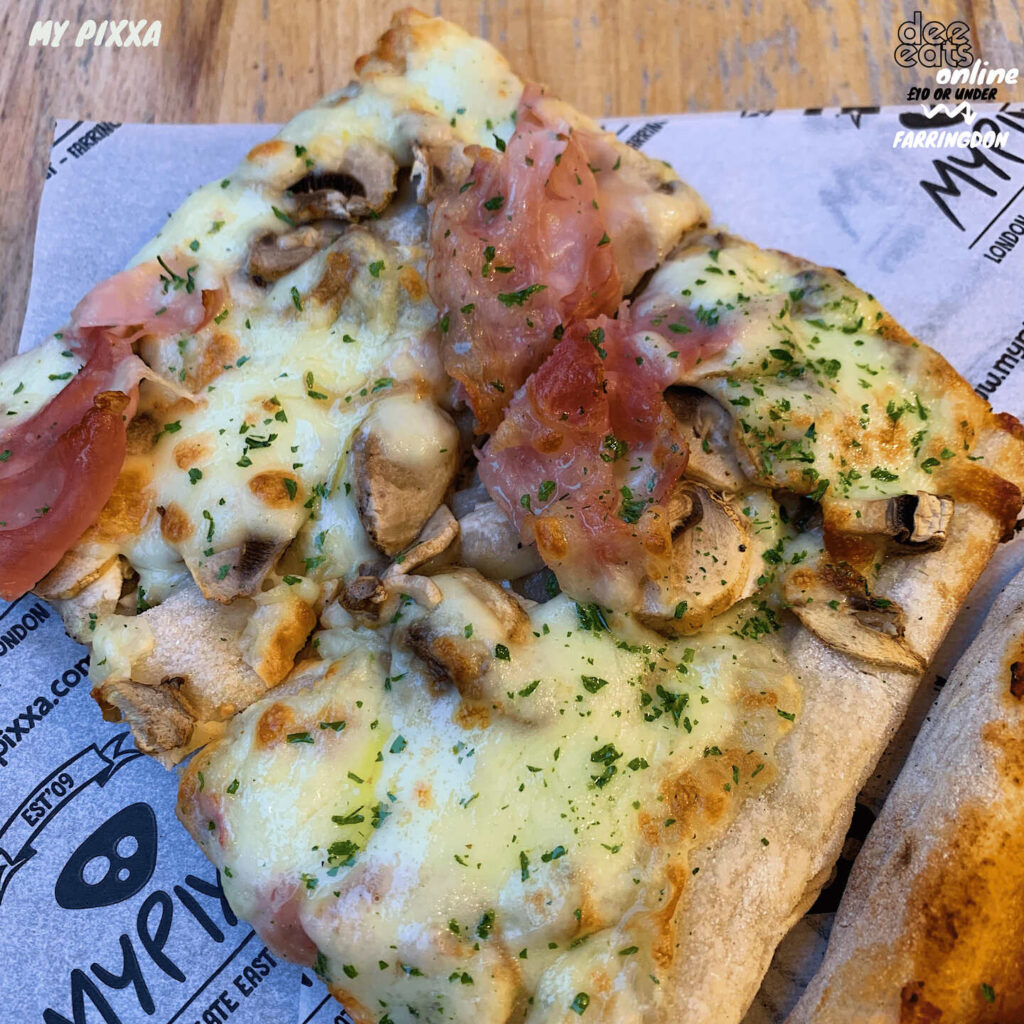 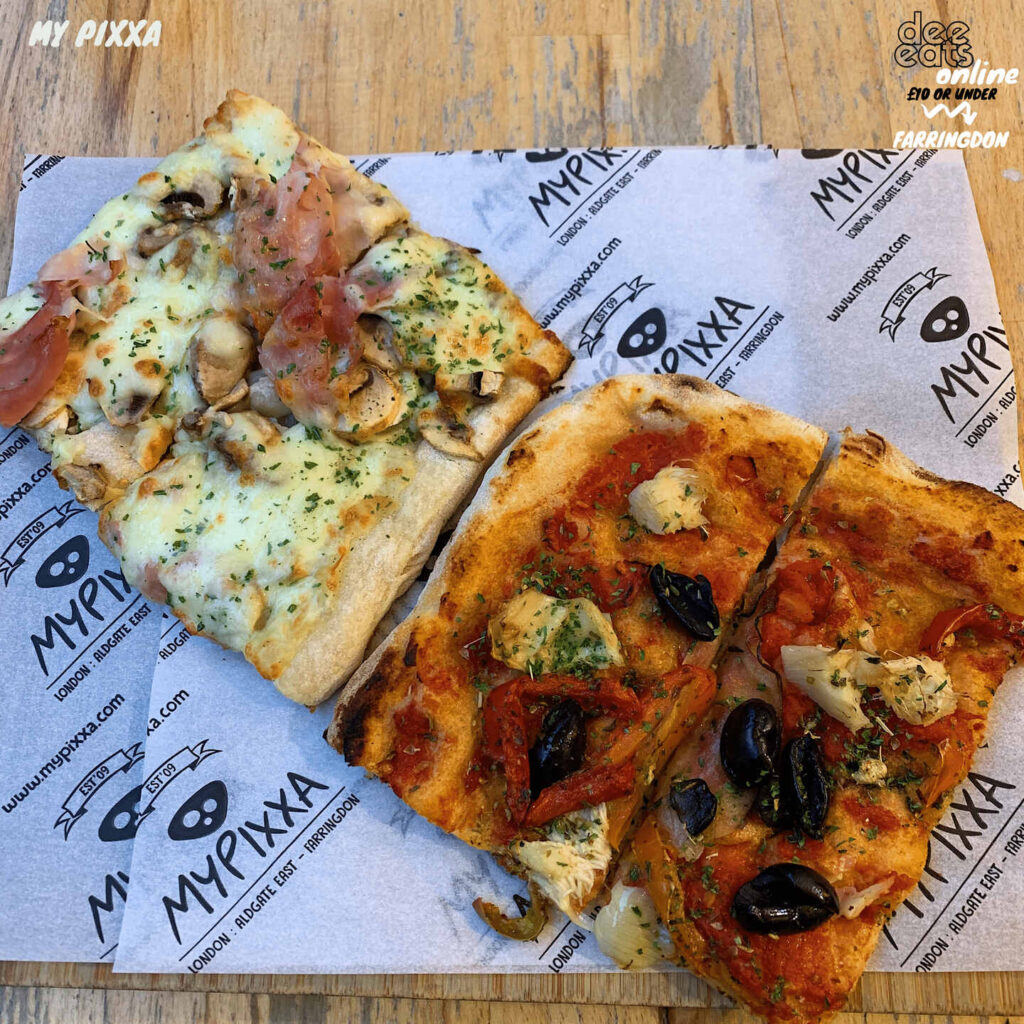 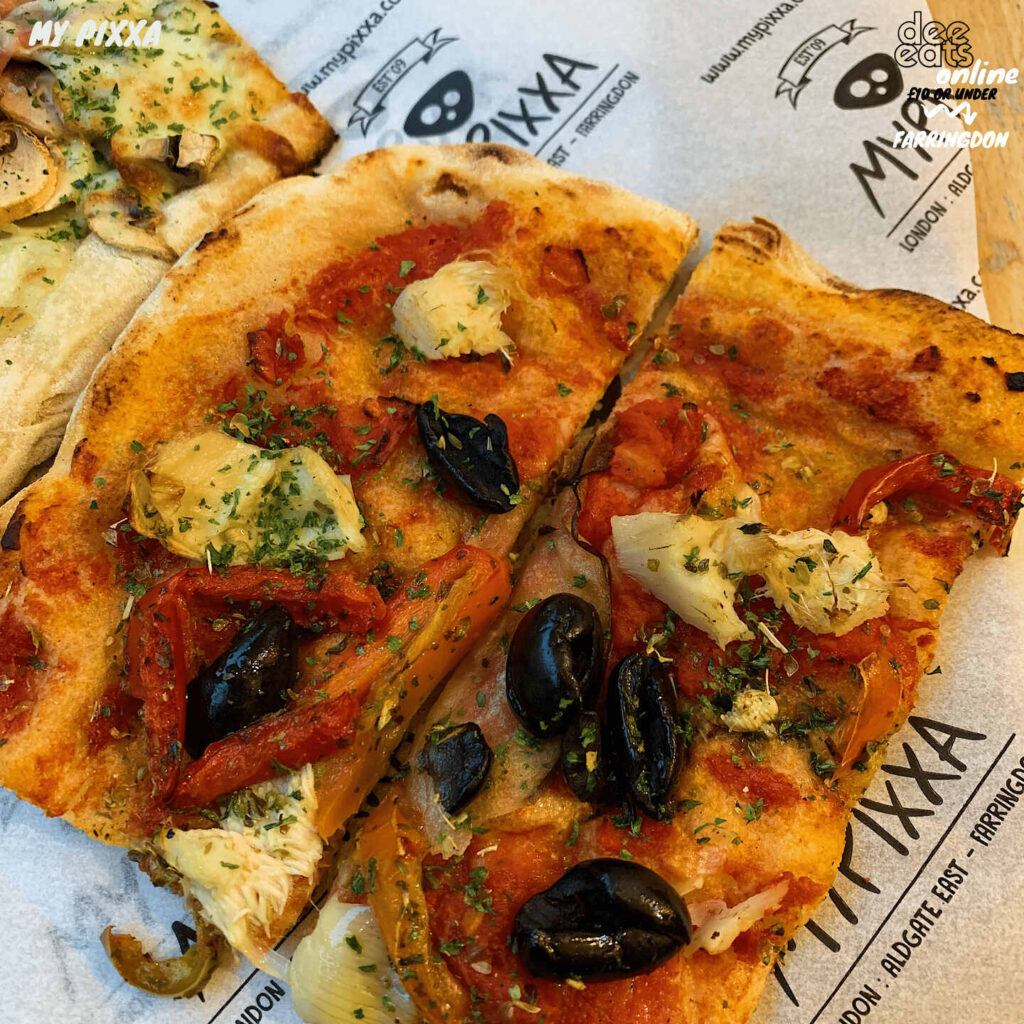 🍕 Decided to try out a new Pizza Outlet in East London, MyPixxa. Whenever I walk past the Farringdon area, I have never come across this place as it’s very low-key and tucked away!🍕

🍕 I will always love the “Ham and Pineapple” AKA Hawaiian combo on my pizzas but they didn’t have that unfortunately so I decided to try out Ham & Mushroom! Yum, yum, yum! This was a new batch as well so it was so fresh! Crunchy crust! One thing I would say is that I wish there was MORE Ham on the slice.. it was mainly Mushrooms tbh..

Next up, we have the Vegan Special consisting of Artichokes, Black Olives and Peppers. I mean, you can’t really go wrong with Pizza, even a Vegan One. Of course, there’s no meat on the pizza.. and I wasn’t a fan of the Artichoke but I’m not gonna score them down too much because it was my first time trying Artichokes and probably wasn’t the best way to try it for the first time 😝

Other than that, great pizza slice options here! Check it out!😍