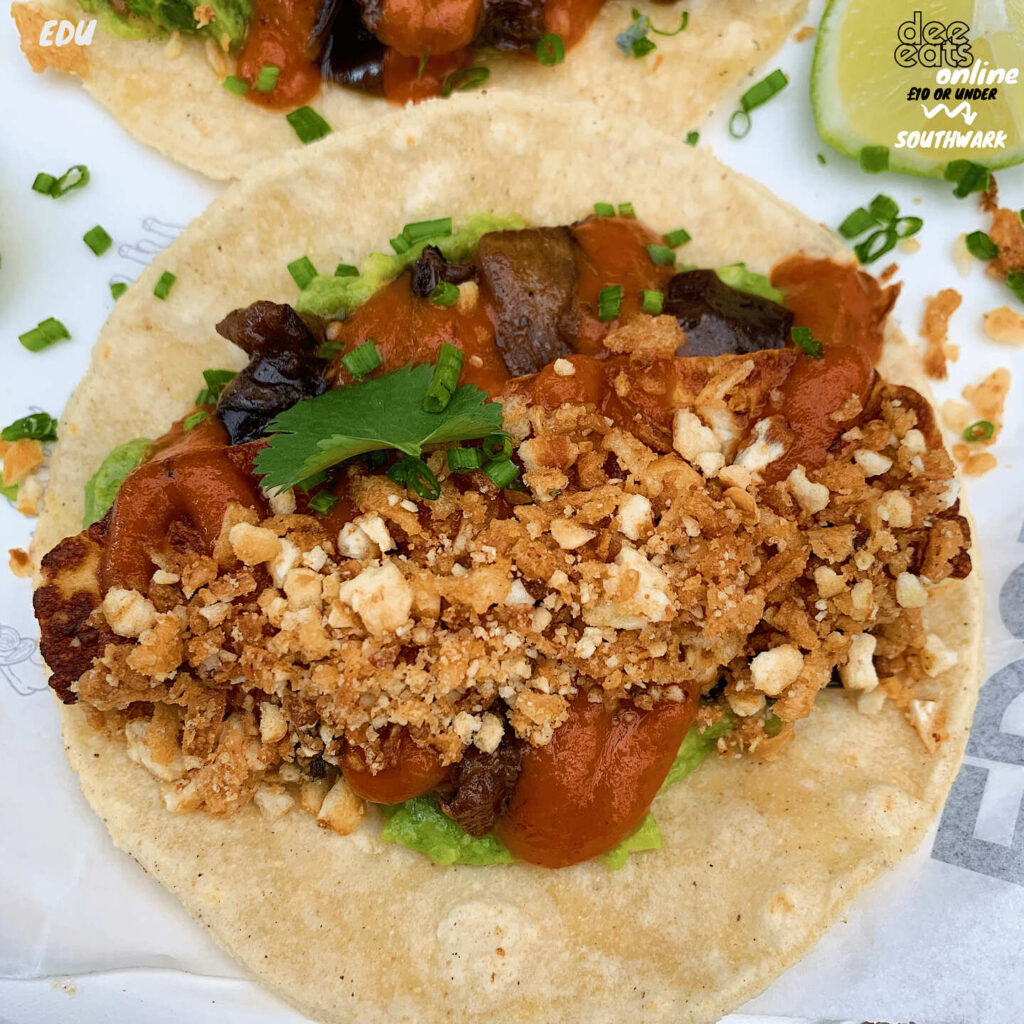 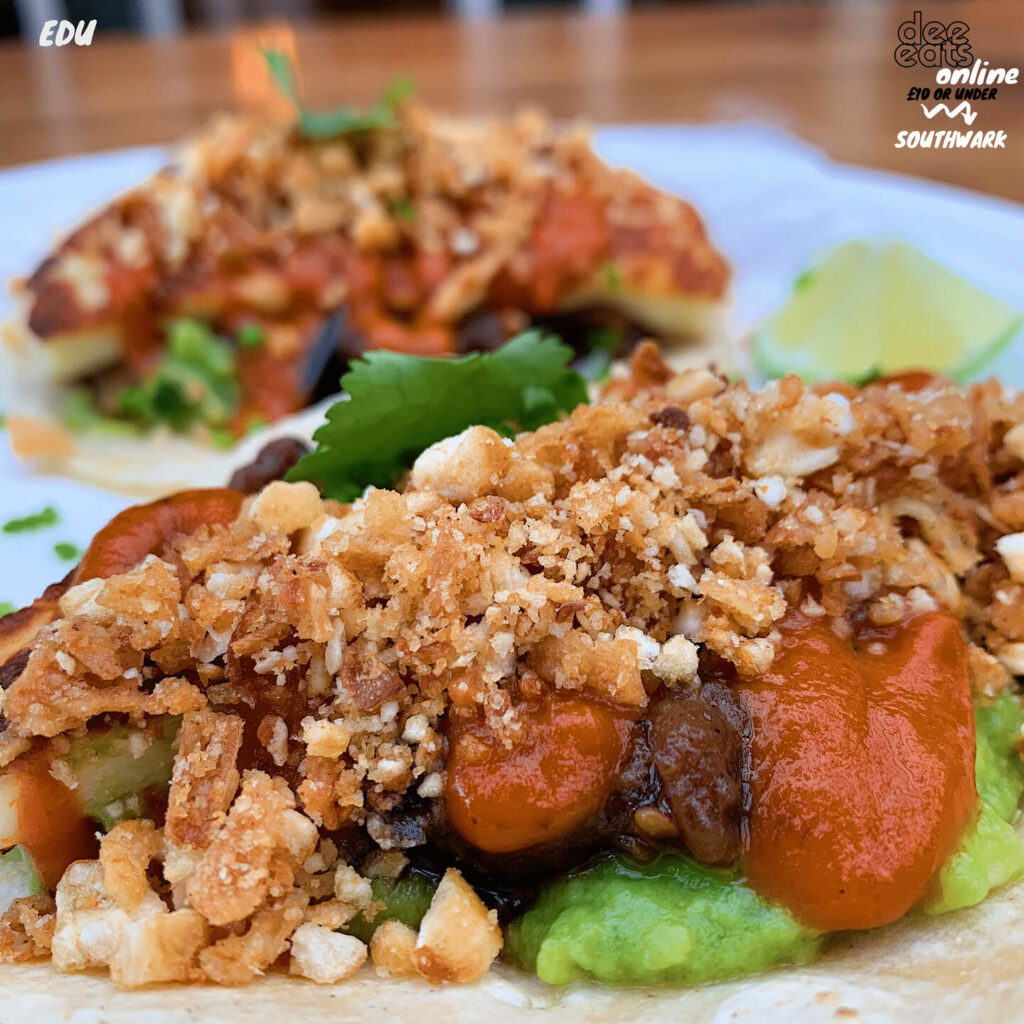 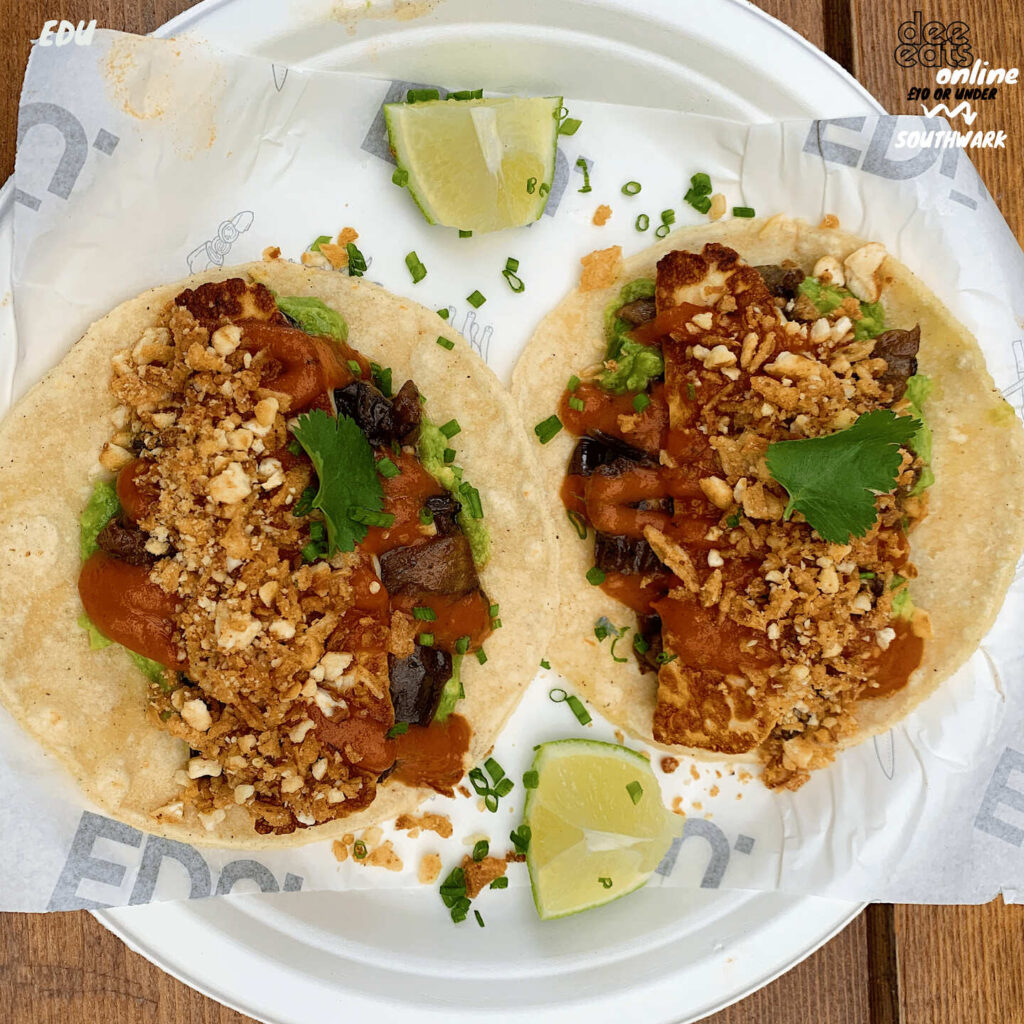 Edu is a Spanish food concept. Taking traditional Spanish recipes and ingredients, their aim is to bring a fresh, new approach to Spanish cooking and dining in the UK.

I visited the Fulham branch today in @ThePrinceLondon’s facility. I decided to get some tacos, veggie tacos to be precise! I have never tried veggie tacos before, usually have them with meat. But this taco was amazing! I’ll just get straight to the point.. Edu’s “Crumble” as a topping made the taco! Made out of Puffed Corn and Crispy Shallots, it gave the Taco it’s own unique twist – despite being vegan! I love the crunch from the Crumble 🙌🏽👏🏽.  Very nice.

The marinated Aubergine was oozing with flavour and went well with the grilled Halloumi!